How to Select Your Tuxedo

tuxedosonline.com help you select they type of tuxedo for your formal event.

Tuxedos come in 3 types of lapels. The decision you need to make is what type of lapel you want for your tuxedo. I’d like you introduce the most popular of the three lapels first, which is a notch lapel. It is called notch because it has a notch in the lapel. It is the most popular of the three right now, although it is not traditionally the tuxedo as what the tuxedo is defined. A peak lapel is what a tuxedo really was when tuxedos came out. A peak is called that because it has a peak, like a mountain peak, at the lapel that points upward. A one-button peak was the first tuxedo that came out. The reason the peak was the tuxedo is notch lapel was the suit. You’re used to seeing two-button notch lapels as different suits. A tuxedo, besides having satin on the lapel, is defined by having a peak lapel. The peak, even though is the most traditional, is not the most popular. In fact, it doesn’t sell very well at all right now. If you want tradition, the peak is the way to go. The third type of tuxedo was traditionally not a tuxedo at all; it was traditionally called a dinner jacket. There are two types of dinner jackets: black dinner jacket, which was essentially a black tuxedo with a satin lapel that was a shawl, where the entire lapel was satin. Then the ivory jacket, which is the same type of jacket in ivory color. Traditionally people came home or went to dinner with their suit, took off their suit, and wore a shawl lapel coat for dinner. That’s why it’s called a dinner jacket. It still sells and rents, but it is not as popular as the notch lapel. 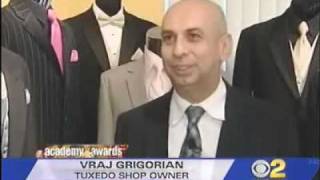 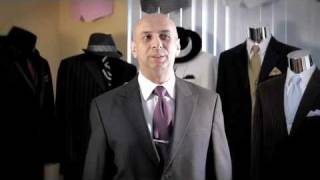 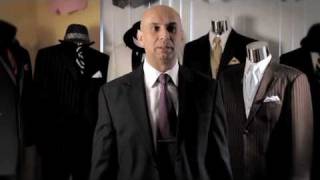 Renting vs Buying a Tuxedo 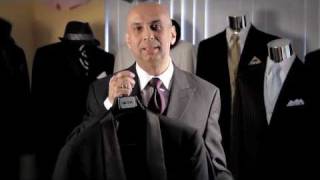 How to Select Your Tuxedo 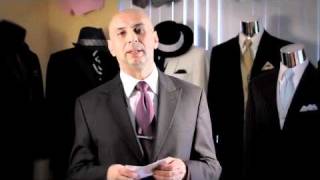 Types of Fabric Used for Tuxedos 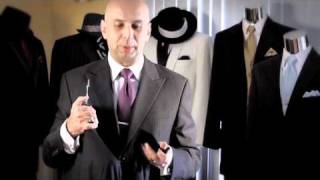 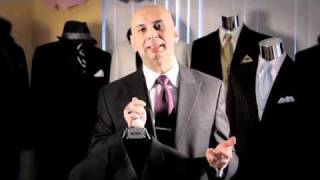 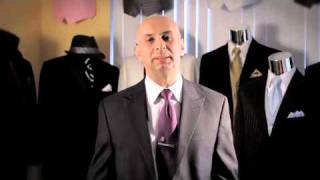 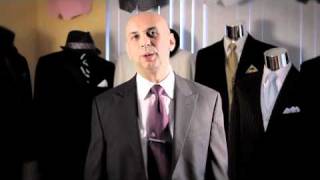 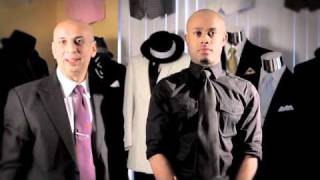 How to Wear Bowties or Neckties 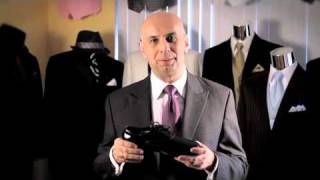 Tuxedo Shoes, What to Wear 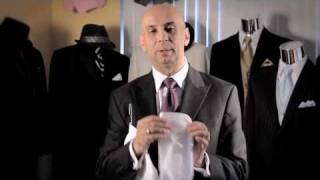 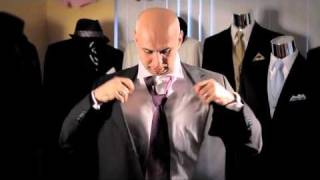 How To Tie a Tie 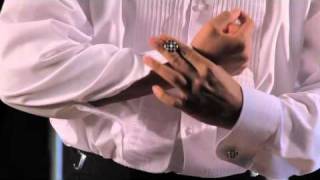 How To Put On Cufflinks and Studs 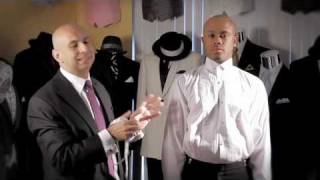 Measure for a Tuxedo